This is just a Jason Bourne clone. An ex-soldier framed for killer a political leader and hunting those responsible. A similar plot done before. It could have been good if it hadn't been for complicated writing and a plot more holes than Swiss cheese. A forgettable action thriller.


A decent premise let down by miscast actors, poor writing and feels like a terrible episode of Law And Order: Criminal Intent.

The opening where Clyde is tied while his wife is raped, his daughter just stands there like it's an everyday occurrence. He didn't even try to tell her to run, hide or call the cops. It's no surprise that one of the intruders picks her up and kills her off-screen.

Despite have one of the men going to prison, the main character still isn't satisfied. His first attempt is to tamper with the lethal injections for the execution (which feels like Dead Man Walking minus the sympathy and development). If let the guy go on death row, it won't affect a thing.

He then targets other people involved in the trial. The only person who rarely suffers is his lawyer. All Clyde did was sent a DVD recording of the torture scene. What could have been more effective, is putting Nick Rice's family in the same situation as he did.

The law portrayed is so inaccurate, it's like the writer just watched a bunch of TV shows and not bother do any research. The ending is forced, rushed and a complete middle finger for a satisfying conclusion.

If I want to see a film showing the flaws of the legal system I will watch "And Justice for All".


How do you follow up the piece of trash called Jack & Jill? Sink even lower that it will flop critically and commercially.

A teenage boy had sex with a high school teacher which sends her to prison. Years later he tries to make up for lost time trying to be a father the worst way possible.

Adam Sandler is so hateful, right down to his voice. He's essentially the same character from Big Daddy (another terrible Sandler comedy), overdosed on mean spirituality. Andy Samberg is trapped in a comedy so painful, he's trying to escape movie, so he spent his paycheck on psychological help. Other actors suffer the same fate as Samberg including James Caan and Susan Surandon.

Thankfully this is huge flop at the box office and earned Sandler his third Worst Actor Razzie and won Worst Screenplay. Nobody should see this 115 minutes of torture. even if they're fans of Sandler.


An insult for fans of the far superior cartoon series and non fans will be confused and furiated. Not only considered the worst cartoon adaptation but also Shyamalan's worst film ever. 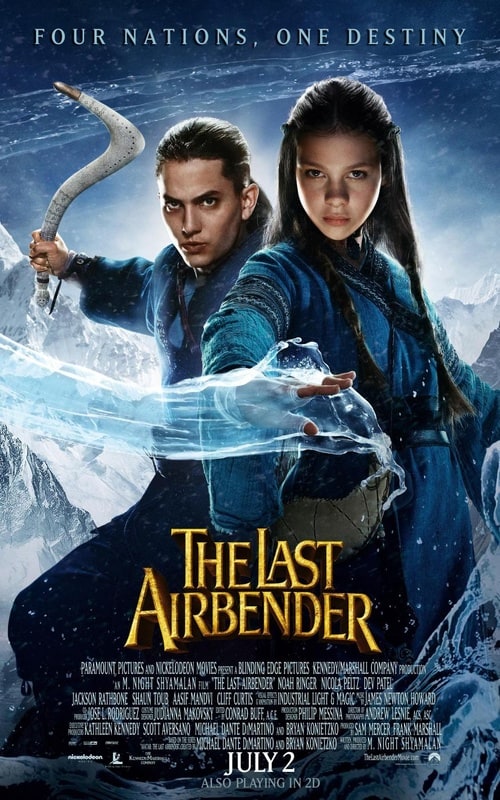 The whole thing is the cliff notes of the first season (Book One: Water). It used differeant plot elements which is good if he rewatched it. There's not a single joke or sense of humour including the "penguin surfing" joke from the first episode It was originally going to be 2 hours long but it lasted 100 minutes which means some important scenes were taken out and/or changed. Overall the entire film is rushed leaving little to no story development.

Don't get me started on the acting and how the characters were portrayed. Nicole Peltz as Katara looked like she doesn't want to be there and it was going to suck so tries to get over with as quickly as possible. Katara looks like a pushover and acts like a a complete idiot which is nothing like the cartoon series counterpart. 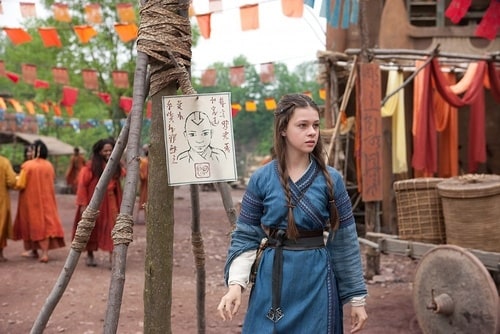 As for Jackson Rathbone (now the winner of the Golden Raspberry for Worst Supporting Actor for both this and Twilight Eclipse) he's playing the same character just like in that vampire & werewolf love story franchise. Sokka is supposed to be comedic but likeable and cares about his sister even if the two argue. There was some character development with his character and Princess Yue just like in the cartoon but it was abruptly interupted thanks to the pacing. 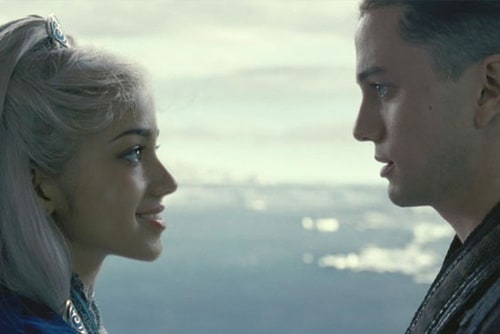 And now we have come to the big star himself Aang who's said to be the Avatar who controls all the four elements. He can master airbending but needs to learn the other three to stop the raging war. They got the look right but the character is pretty much depressed almost as though he's depicting the fans' reaction after seeing this. 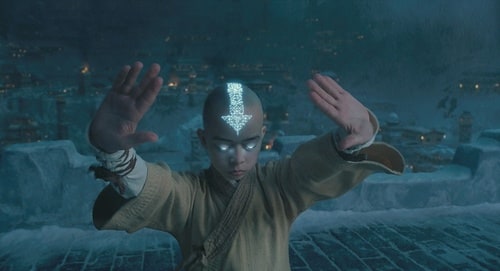 The performance from the others are totally wasted including Cliff Curtis as the villian Ozai who doesn't appear til season 2 and Dev Patel from Slumdog Millionair as Zuko. They couldn't help be felt embarassed with the worst dialogue ever written along with Little Fockers. And Yes I'm aware of the controversy of the casting decisions where the characters are pratically Asian. 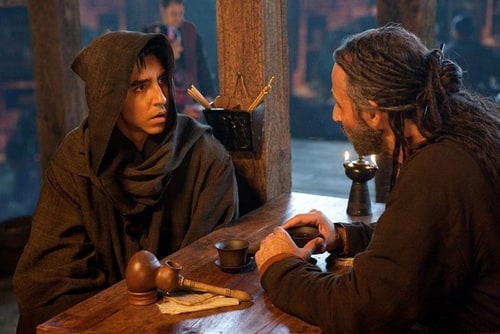 The action scenes look like dance numbers rather than real martial artists fighting against each other which makes them look unrehearsed and Aang has more one take fight scenes than Oh Dae-Su from "Oldboy". The visual effects are goodbut they're sadly overshadowed by everything else. The music by James Newton Howard is excellent but having a talented composer in a piece of trash makes you feel sorry for the man.

Bottom Line this is an example of a terrible live action adaptation of a critically-acclaimed cartoon series. If they ever plan a sequel, pray to good it will be better or better yet reboot it or scrap it entirely to avoid further damage.


After first hearing about I thought it was nothing interesting and to be honest...I was totallly right.

The plot is unoriginal mostly it uses plot threads from Romeo and Juliet, Balto and The Incredible Journey. Which makes it very predictable thanks to lazy writing which doesn't even try to be different from those film mentioned above.
Another thing is that it's Dennis Hopper's last film before he died from Prostate Cancer. which is very sad to see one of the greatest actor in Hollywood sink so low.
Not Just Hopper but also big names including Justin Long (Dodgeball, Die Hard 4, Herbie Fully Loaded, Going The Distance), Hayden Panettiere (Malcom in the Middle, Heroes, Remember The Titans) and Danny Glover (Lethal Weapon, 2012, Witness, Saw) who starred in a lot better films than this.
The 3D is a total joke, it's so terrible that it makes The Airbender look like How To Train Your Dragon.